Torque, RPM, and Horsepower (HP) are terms often heard when discussing a car engine, but most don’t understand what those terms tell you about performance. We already did a blog post about HP [here], but now it’s time to bring in the other parts of the HP equation and explain how they’re all related. We’ll keep it simple and basic:

RPM, or rotations per minute, is an easy one to understand. It measures how many rotations the driveshaft takes in a single minute; the engine turns the driveshaft, which in turn spins the wheels to your vehicle. So, higher RPM means fast-turning wheels!

Torque is a measurement of force that rotates the driveshaft. More specifically, torque is measured by the force applied to a center point (axis) at a given distance (radius), and it’s measured in lb-ft (pound-foot).

To explain torque more simply, think of a 12-inch-long wrench tightening a bolt: the bolt would be the axis and the length of the wrench would be the radius. If you apply 1 pound of force to the end of the wrench, your torque = 1 lb-ft; 1lb of force (applied to wrench) x 1ft from the axis (length of the wrench) = 1 lb-ft. Now, say you had a 2ft wrench and you applied the same 1lb of force – you would be doubling your torque to 2lb-ft (1lb x 2 ft). That’s why it’s easier to tighten a bolt with a longer wrench – you get more torque with the longer wrench without having to use any extra human strength on your part.

To bring it all together: Horsepower = (Torque x RPM) / 5,252; Another way to look at it:
HP = (force used to spin the driveshaft) x (number of times driveshaft rotates per minute)
The 5,252 is a very specific number to the equation but going through its origin would just be a bore, so we’ll skip that….

When you first start driving your vehicle you obviously start out in first gear. This is the lowest gear that gets you moving. Getting a car moving requires a LOT more force than keeping a car moving, which is why torque is typically highest in first gear, while RPM is typically lowest. You’re using a ton of force (torque) to get your driveshaft spinning from a dead stop but you’re not going very fast (RPM).

As you increase in gears, you go faster. As you go faster, the torque applied to your gears decreases while RPM increases. Why? Well as your car increases in speed, it builds momentum – it’s not relying on the force of the engine as much to keep it moving, so torque doesn’t need to be as high. At the same time, your wheels are spinning faster so RPM increases.

All the while your engine is going through these torque and RPM variations, your Horsepower changes. Now, all engines have a peak horsepower and a peak torque – both of these peaks occur at different RPMs. If you’re looking to haul something and/or climb steep inclines, you’ll want to look for torque that peaks at a lower RPM – that means you’ll get most of your force in a lower gear, which is what you need when hauling and/or climbing up a hill. Cars that move at fast speeds for extended periods of time, like those used in NASCAR, will have a horsepower that peaks at high RPMs, since most of the driving they do is in top gear. 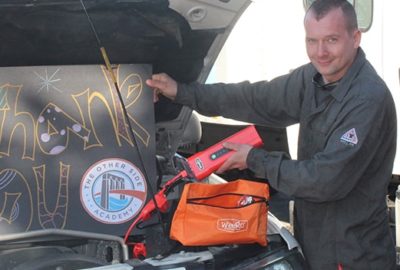