This post touches on the role batteries play in your vehicle – to learn more, visit our previous post about what your car battery is used for.

When a car breaks down or won’t start, statistics say about 50% of the time it’s the battery’s fault – however, the most common reason for battery failure is not at all what you’d think. I immediately assumed this was due to some electronics being left on (lights, radio), or a battery simply reaching the end of its life; however, the unexpected culprit has a fancy, geeky sounding name called acid stratification. Sounds ominous, like you need to get a new battery – but most of the time this is totally reversible.

Without going into complicated detail, acid stratification is basically when the liquid mixture inside your lead-acid battery becomes a bit separated, making it harder for the battery to give you the power needed to start your car. This is sort of like sugar in a cup of coffee-if not stirred enough, the sugar settles at the bottom of the cup. Lead-acid batteries (the type of battery in your vehicle) needs to stay “stirred”, otherwise the battery can’t deliver its full potential of power.

Before getting into how batteries stay mixed it’s important to know that while driving your car, you’re charging it’s battery. You’re battery is used to start your car, and that takes a lot of energy from your battery; but once the car is started, the alternator is responsible for recharging your battery back to full and running the rest of your electronics.

To get back to full, though, takes time – at least 15 minutes. So, if you’re only using your car for quick trips, seldom driving for extended periods of time, then your battery is never getting fully recharged. Batteries stay “stirred” when you drive them for long periods of time and keep the charge topped off – if you’re not doing this, then the mixture inside starts to settle and it makes it harder for you to start your engine.

The fix is quick, though – alls you gotta do is drive your car around for a while and give the alternator enough time to fully recharge the battery. If that’s not a viable solution, then getting a battery maintainer is your best bet – these are devices that slowly charge your battery overnight, so the charge is always topped off. It’s worth trying too – it’s estimated that half the time a battery goes dead, it’s reversible.

However, when all else fails you can always use your Weego Jump Starter to get you on your way, and quickly 🙂

VIDEO: Jump Starter for your Motorcycle Battery | Don’t Get Stranded Without Power
Next
Power your Accessories with the New 12V DC Adapter! 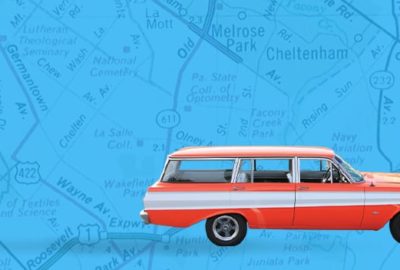